The Dhammakaya Cetiya is a symbol of world peace through inner peace. Built entirely on international public contributions, it is also the embodiment of unity and love for mankind. The dome-shaped Cetiya (stupa) is the hallmark of what has become the largest venue for mass meditation and prayers for Buddhists and peace-loving people of the world. The Dhammakaya Foundation, under the leadership of Ven. Phrarajbhavanavisudh, better known as Luang Phor Dhammajayo, President of the Foundation, has set the goal to construct the Dhammakaya Cetiya in order to create world peace for all mankind by developing a peaceful mind in every individual. 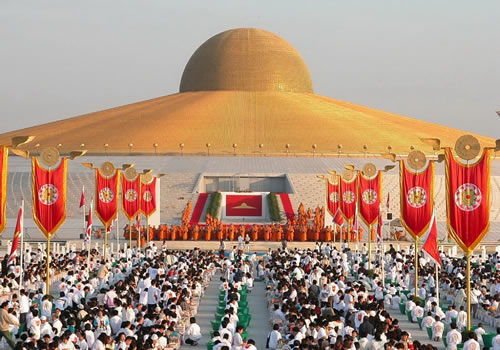 In fact, world peace is a result of a peaceful and purified mind of all. Therefore, we need a place to facilitate people in their search for spiritual fulfillment and the kind of happiness that is independent of material things and circumstances. Besides developing the mind power through meditation, we also cultivate moral conduct for interested people. Therefore, we will organize many activities beneficial to all mankind. 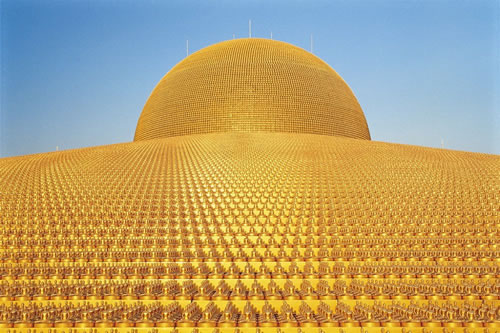 Each Buddha image on the Cetiya in a cross-legged position is an embodiment of purity, wisdom and enlightenment. This is because the Lord Buddha had become enlightened through meditation, which purified the mind, resulting in inner peace and spiritual harmony. The Dhammakaya Cetiya is built to last at least 1,000 years. The inner peace of each individual can spread to those around, creating a happier family, more peaceful societies and regions in which people treat each other with compassion and respect. 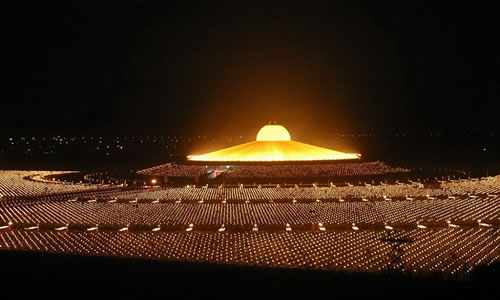 The Dhammakaya Cetiya is located on the compound of Wat Phra Dhammakaya, 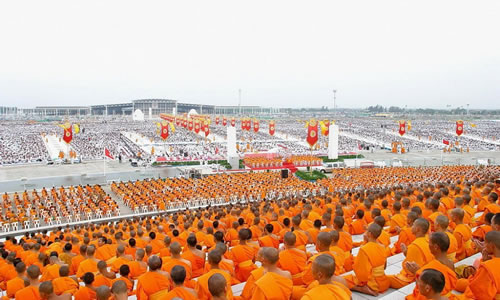 Luang Phor Dhammajayo desires to see the world having lasting peace through meditation. Since the Dhammakaya Cetiya serves as a symbol of peace through succeeding generations, it is architecturally designed to manifest world peace by their ancestors. 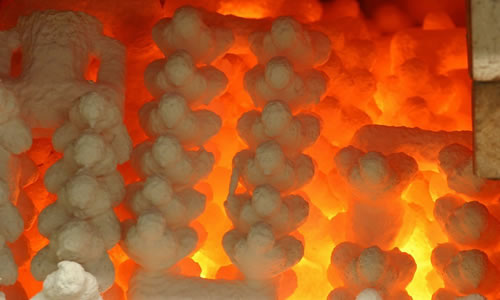 The architects and engineers of the Dhammakaya Cetiya project did extensive research on construction materials for the Cetiya. Based on historical evidence of the constructions that have lasted over thousands of years, the final conclusion was that the structural material to use in the project would be concrete and iron Why? From the ancient Pyramid of Egypt, the Egyptians at that time used white lime as a seal between the stones of the Pyramids. At present, the white lime still exists together with the Pyramid. Therefore, we have found that concrete would be the most durable substance to support the Cetiya to last for 1,000 years. Finally, the special "concrete" formula was sent to Denmark for laboratory tests in 1995, and the results of which proved it was one of the most durable concrete formulas. Another research firm, the US-based CEPAC, also verified the durability of the concrete formula for the Dhammakaya Cetiya. 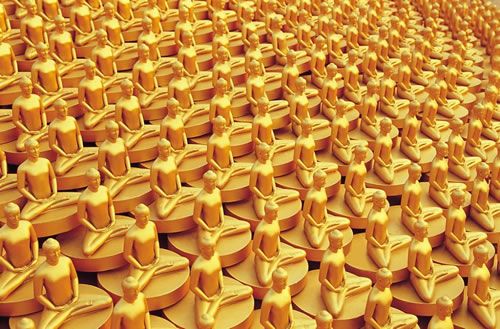 The parts that hold the 300,000 personal Buddha images on the hemispherical dome and its terraces of the Dhammakaya Cetiya are called cladding. Both Buddha images and claddings were built from silicon bronze which is normally used in submarine's propeller for its strength and chemical resistance. From the knowledge of the world's first Bronze Age civilization of Ban Chiang in Udon Thani, Thailand, archaeologists have unearthed Bronze images believed to be approximately 5,000 years old. Considering the climate of Thailand -- humid and tropical -- we decided to use a titanium and gold coating on the surface of the silicon bronze Buddha images to protect them and ensure that they last 1,000 years. This technique is called Titanium-Gold Ion Plating. making Buddha images on the Dhammakaya Cetiya shining gold. The structural construction of the Dhammakaya Cetiya was completed in late 1999. The outer shell of the Cetiya is now decorated with 300,000 Buddha images, on the hemispherical dome and the spherical terrace. The work-in-progress interior is being decorated with another 700,000 Buddha images, which have all yet been installed. Several hundred thousands of these images already have specific owners who donate toward the making of these images while a few hundred thousands more are awaiting forthcoming owners. During the Asian economic collapse during 1998-2000 especially in Thailand, contributors residing here were facing an economic hardship altogether. However, there were some who realized the importance of mind and spiritual development for individual happiness and world peace, and those people donated money from their savings to help the completion of the Dhammakaya Cetiya. 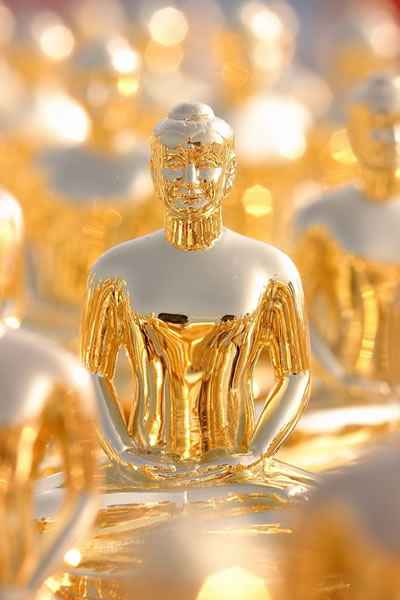 The size of the individual personal Buddha image is 15 by 15 centimeters, widening to a base of 18 centimeters. Donation at any amount is appreciated. Anyone donating a certain amount of money for building a complete Buddha image may have one's name or the name of a beloved inscribed on the base of a personal Buddha image. In fact, world peace is shared and is the shared duty of everyone. It cannot be created by a single person or a single religious group alone. Hence, world peace needs everyone to make it happen. As such, the personal Buddha images on the Dhammakaya Cetiya are a witness of mankind's effort to help create world peace for mankind. Zone 1: Buddha-Ratanam or the zone with all the personal Buddha images. This zone has 300,000 Buddha images 15 x 15 cm with 18 cm base width. Zone 2: Dhamma-Ratanam is connected to Zone 1. It symbolizes the peacefulness and happiness that Dhamma (the teachings of the Lord Buddha) brings to every sentient being. It also represents the continuous teachings from the Lord Buddha to the Sangha (monks). Zone 3: Sangha-Ratanam is used as seating for the monks who participate in or organize sacred ceremonies. Zone 4: Meditation ground encircles the Sangha-Ratanam. It is big enough for one million people to meditate together at once. 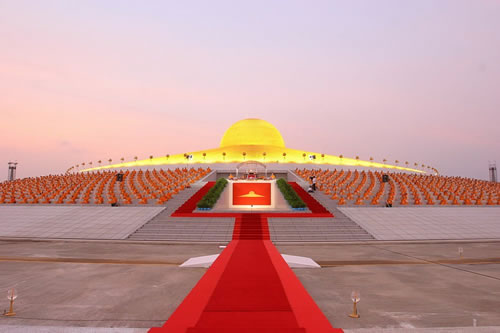 After the Dhammakaya Cetiya has been completed, it will continue throughout history to be a place where new generations will learn that there once was a group of people who treasured world peace through inner peace by establishing the wonderful Dhammakaya Cetiya for mankind. Be one of those who helps build a symbol for world peace. You will be so proud to have a role in establishing this greatest construction for our world.